The performance «Smile» played by Sophie Rivlin, Charlotte FairBairn and Flora Curzon, is a story told with music and theatrical elements in between. The kids get to join the magical adventure of the Tiger Augustus trying to find his smile.

It seemed like the children enjoyed it very much, they laughed and were engaged as the actors were moving around to different musical features. They also got to interact with the show when they had to find things underneath their seat pads to give to the actors.

We did discover that the children were not paying attention anymore when they started to play songs though. The first piece of music was a bit too long in our opinion. The children became unpation and lost their concentration. They started to talk to each other and look everywhere else. Therefore we think they should’ve made the music pieces where they just played on their instruments, a bit shorter. The reason why they became unconcentrated could also be because they sat on stage with the show in front of them and a lot of people behind them in the cinema seats. When people in the audience dropped something the children turned around.

Sometimes they told storylines. They spoke English, but they also translated it to Norwegian so that the kids could understand. We actually helped the musicians practice to improve their norwegian. In our opinion they did very well! We understood what they said and it was clear to us.

We talked with some of the kids (4-5 age) and they however said it was hard to understand what they said in Norwegian because of their British accent. Overall  they understood the story and enjoyed it, especially liked the loud music so they could dance.

All in all it was a great experience for the kids and the age group fits well to what we saw. We would highly recommend it to children between 4-8 years. 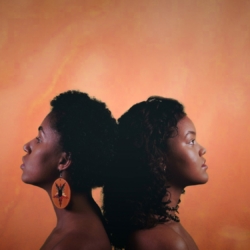