Blog - Siste nytt
Du er her: Hjem1 / Anmeldelser2 / Jacob – the conversation about intimacy we should have had ages ...

«Jacob» is an abstract dance performance, taking on the topic of intimacy and companionship. The performance portrays both the amazing feeling of being close to someone, just as well as the bittersweet of depending too much on another human.

The first thing the audience met when entering the space, were two men, standing on each their own end of the stage. They were dressed casually, and there was no scenography in the space. Their looks were gazing through the crowd, a little sad and a little hopeful. As everyone got seated and the atmosphere calmed down, the dancers slowly but surely began to move around. At first, they were shy, touching each other only once in a while – almost scared. As the performance progressed, it turned into a beautiful and heart wrenching portrayal of co-dependency and love.

For the first twenty minutes of «Jacob», the dancers moved in complete silence. I experienced that they carried so much emotion and intention in their movements that the lack of instrumental undertone was no problem. It also made the moment when the music finally arrived, even more powerful. The dancers were extremely skillful, using their entire body to create amazing images on stage. The form of the performance was abstract, but the emotions the dancers portrayed were very relatable. In one scene they carried each other around, switching between who carried who. This scene went on for quite a while, accompanied by some heavy synth music. The entire picture of this scene, and also the way that they held each other, was very touching.

I absolutely loved this performance! Portraying real intimacy on stage, especially for a younger audience, has a real impact. As teenagers we are in the midst of figuring all of this out and seeing art that is honest and real about it can be really refreshing. Challenging stereotypes around male to male relationships, but also our image of what it means to be close to someone, is important.  The performers, Tony Tran and Knut Vikstrøm Precht were amazing, both in the technical sense of dance, and even more when it came to communicating emotions to us as an audience.

When I went to see this performance, a school-class with teenagers around the age 13, went to see it as well. I noticed that many of them seemed a little bored, and unnecessarily restless. Although this experience might have had different reasons for it, such as some of the youngsters showing off in front of friends, or misbehaving because they weren’t introduced properly to what they were about to see – I would recommend this performance to audiences from age 13+. This is not to say that younger audiences can’t enjoy the performance. Even though the abstract format may be challenging for younger audiences, I definitely think it might be a challenge worth encountering. :) 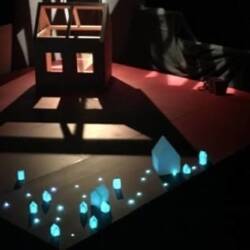 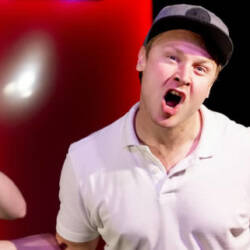