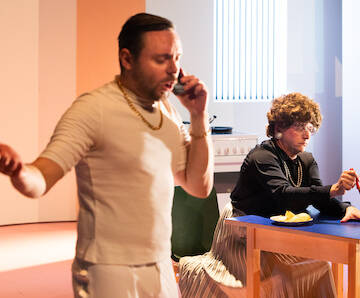 Rita is a humoristic performance created by Randi De Vlieghe and Jef Van gestel from Belgium.The story is about a stubborn woman named Rita, who loves opera and crisps (even though she is not allowed to eat them). Rita lives in an elderly home, and a caretaker named Martino looks after her.

The performance kept switching between reality, and Rita´s endless daydreams. She dreams about being a dancer, she dreams about Martino (her caregiver) killing her by shoving apple pieces down her throat – and she dreams about leaving a room she feels trapped in.  When she would have a daydream, the lighting would change to a blue hue, signalizing that we are not necessarily watching reality anymore. This was a nice element, because it made the switch back to “real life” even more clear. Rita´s daydreams revealed to us as an audience what she really felt like in some of the situations we saw on stage. It also told us that even though she is a very old lady she is a rebel on the inside. I found this insight into her emotions and thoughts very helpful, since Rita´s character was non-verbal. This was in contrast to Martino´s character who actively engaged in contact with the audience, and even had prepared some Norwegian phrases for the audience here in Kristiansand.

The scenography was amazing, creating a room on stage. In the room there were movable pieces of furniture, like ovens and sinks on wheels. Both the characters played a lot around with the furniture, Rita when dancing and Martino when cleaning the room. The performance was accompanied by mainly classical opera music, except the one disco number when both Martino and Rita danced together.

It felt like Rita wanted to leave, but at the same time she was old and would probably come to hurt herself if she wandered into the street. She seemed aware of this, and in parts of the performance she seemed just as scared as she was curious. Nevertheless, when Martino turns his back to her while making some food and practicing his salsa steps – she decides to try to run away. She heads for the door, she makes it out, just to end up back on stage. She keeps trying, walking around the big walls of wood. This is when she realizes that there is no way out, no world waiting behind the door.

This performance will make you laugh, but also sympathize with a woman limited by her age. She dreams, and we as an audience are dragged into her whirlwind of hope and fear. This makes the performance strangely relatable, even though I was sitting there as a 17 year old girl, still far away from getting trapped in an elderly home. :) 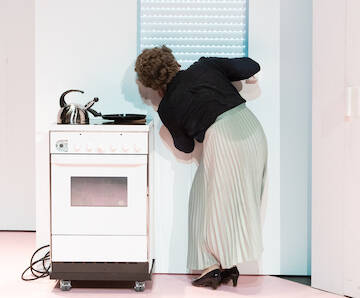 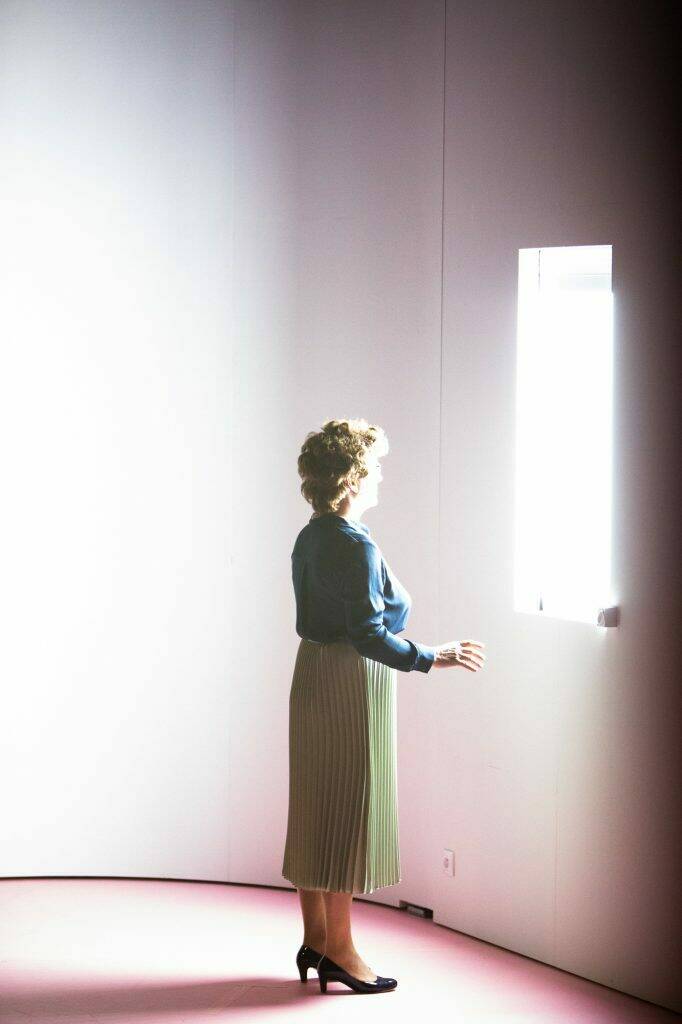 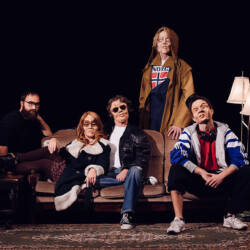 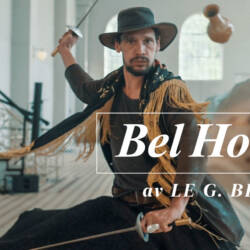