I went to see  !O! (FAMILY THERAPY)  in Pragovka in Prague, directed by Mirenka Cechova. This performance took place in the cantina of an old factory. The story shifted from direct storytelling and interaction with the audience, to abstract dance and movement across the enormous hall. The main theme for this performance was mental health. Before entering the space, the audience spent a while in a corridor covered with posters describing different diagnoses of mental illness. That set the tone for what we later would see inside the space, either it was projected through spoken words or abstract pictures created by the actors on stage.

I sat down on a chair in the complete front of the audience, in the middle of the row, even though I usually sit in the very back, because I enjoy watching both a performance and the impact it has on the audience. This time I decided to challenge myself, also because I had heard that the performance was partially interactive. What I got in return was amazing. There were three parts of the performance where different characters, in different mental states, performed monologues about everything from Facebook likes or first crushes, to gay marriage and religion. All three actors were amazing when it came to interaction with the audience, really attacking the lucky (or unlucky) members chosen. I have always been more interested in the specific than the abstract, so these monologues were the most enjoyable part of the first 60 minutes of the show for me. In between the stories there were breaks for intense music and other actors dancing around on stage, also portraying mental disease through a more abstract form of dance. Although the abstract movement was neatly choreographed, it did not touch me as much as the monologues. It was hard to keep track of what they were portraying, especially since I would say that they combined too many actors on stage at the same time. This didn’t allow the audience to really focus and take in the emotions that were portrayed.

After about an hour of the performance the audience was invited to leave their chairs and were allowed to walk through the space and the performance became interactive. Until then the story had been played out in the giant cantina, but now we were able to walk into smaller spaces in the kitchen area, where the actors created beautiful pictures, with monologues and music playing from the speakers. This was the best part of the whole performance, because all though the performers were playing with the boundaries of real and unreal, specific and abstract, this part really touched me. The placing of the actors really allowed you to focus on the story of each diagnose, making you understand what story they were trying to tell.

The whole performance ended with the audience standing on the inside of the kitchen area seeing the cantina from an opposite perspective through open holes the size of windows, watching a couple dance. This was my favourite scene, since the music playing and the view of this couple slow dancing in the middle of a giant room covered in smoke, was really beautiful. Although I was sceptic to the abstract part of the performance, more specifically the “dance” parts in the first section in the performance, I left the space really touched and with an urge to cry and smile at the same time.

When the performance was over the audience and actors gathered in the hall for snacks and wine (I had a soda), and some people even started dancing. The space became an exhibition, opening a room with documentation about all the research that has been done before creating the performance. Cechova and her team spent one and a half year of researching and learning more about different mental states before creating this piece of art. The way !O! took on such a complex topic as the human mind and its crookedness is impressive. I think it is very important that when you make art about a topic that is so individual and personal, you have to be careful to have enough knowledge, so that you don’t offend anyone or simplify mental illness.  !O! manages to tell difficult stories with elegance and honesty. Sadly, the performance was only played over the course of three days and will most probably not be played again since it was a site-specific project. If it had not been temporary, I would highly recommend everyone to go see this performance. 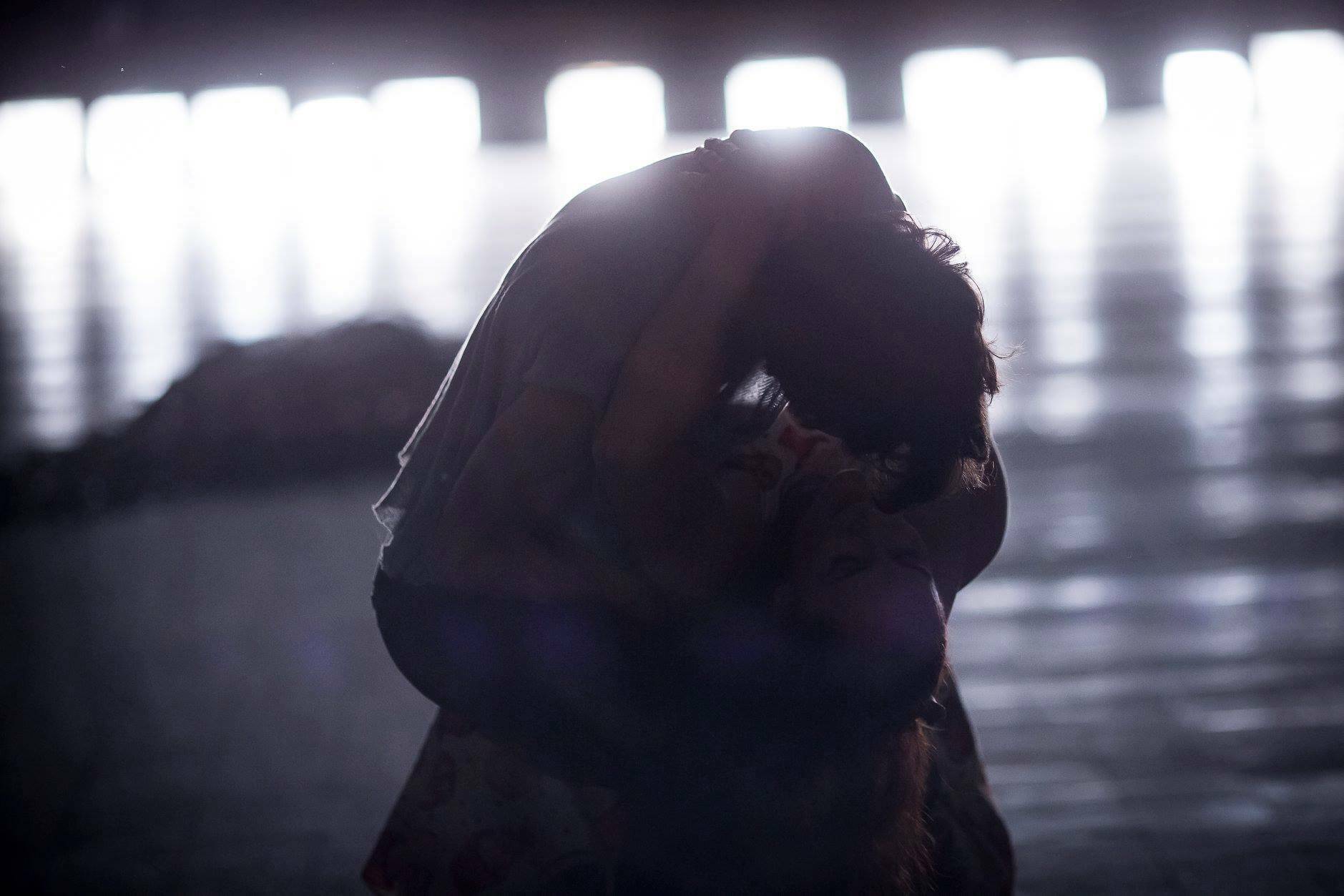 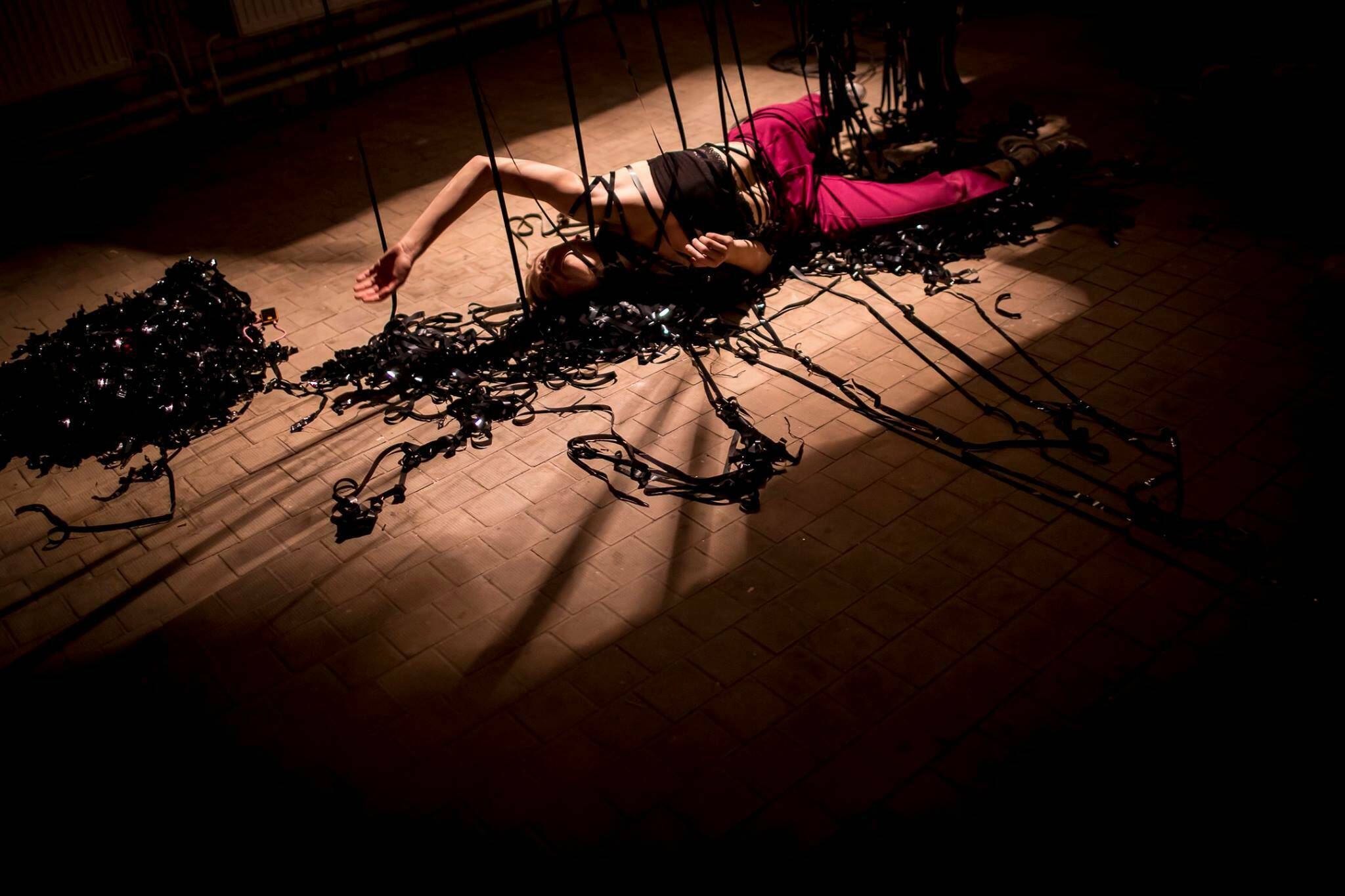 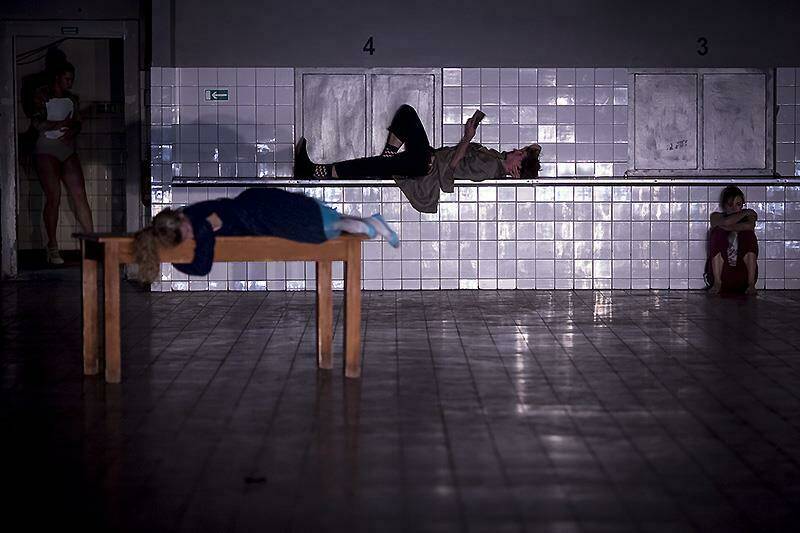 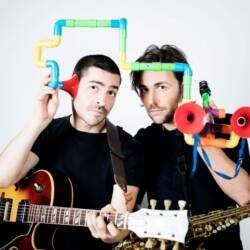 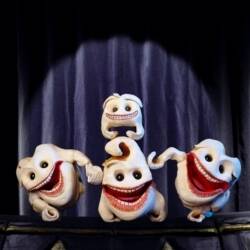